Breakfast Under the Tree

Carl Freedman Gallery presents BREAKFAST UNDER THE TREE, an exhibition curated by the actor Russell Tovey.

The exhibition brings together a diverse range of depictions of contemporary social scenes, group portraits and shared spaces. Populated by characters both real and imaginary, and wide-ranging in style, from neo-realism to cartoonish dreamscapes, they together form a pictorial survey of how we live now. 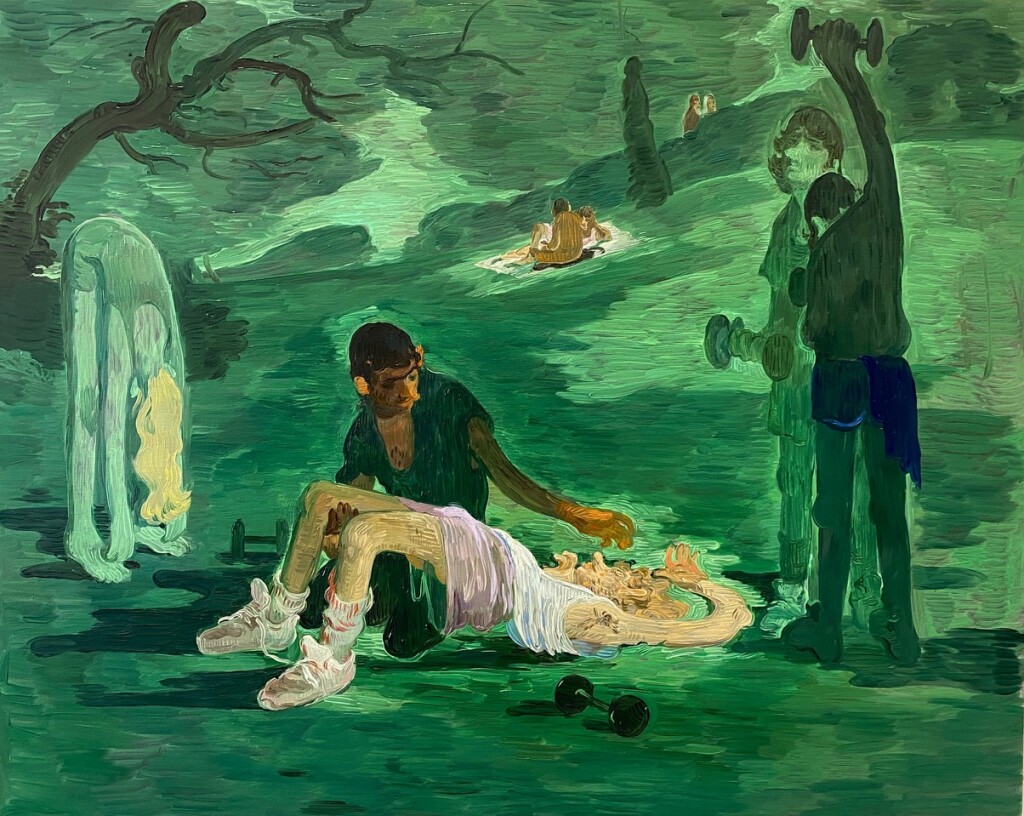 The exhibition is supported by Gucci.

With an extensive background in film, television and theatre, award winning actor Russell Tovey can recently be seen as a leading role in ITV/HULU drama series The Sister, from Luther creator Neil Cross. He was nominated for a 2020 Critic’s Choice Award for best supporting actor for his role in the critically acclaimed BBC/HBO Drama series Years and Years written by Russell T. Davies. He also starred in Bill Condon’s The Good Liar for Warner Bros. opposite Ian McKellen and Helen Mirren and recently completed filming on Sony’s Screen Gems romantic drama Text For You with Celine Dion and Priyanka Chopra. Russell will next be seen this summer in a new West End revival of Nick Payne’s Constellations. As well as acting, Russell is also a published writer and co-hosts the hit art podcast,  Talk Art, with friend and gallerist Robert Diament, where they interview leading artists, curators, gallerists, and celebrities about their shared passion.Their first book “Talk Art: Everything You Wanted To Ask About Contemporary Art But Were Afraid To Ask” will be published by Octopus/Hachette on 13th May 2021. This year, Russell will also appear on the judging panel for the 2021 Turner Prize, the prestigious annual art prize presented to a British visual artist.