Learn more about Gothic Revival, Augustus Pugin, his family and the town of Ramsgate

Probably one of Ramsgate’s most famous residents, the international architect Augustus Welby Northmore Pugin (1812-52), is best known for the magnificent interiors, furnishings and fittings of the Houses of Parliament. Pugin passionately believed that architecture helped the soul. His contribution to the townscape of Ramsgate brought lasting fame to the town and you too can discover the remarkable landmarks both designed and inspired by Pugin.

Starting from the East Cliff, follow in Pugin's footsteps as you make your way to the West Cliff, along the route of a self-guided walk around Ramsgate, highlighting the architecture and buildings associated with Pugin and his family.

Located in Victoria Parade gardens close to the Granville Cinema looking out to sea is a marble bust of Edward Pugin, one of Augustus's three sons. Across the road, now private residences, The Granville Hotel housed lavish fittings, Turkish baths and every luxury. On the top of the building are two Granville lions and these can also be seen on the gate piers to Pugin’s own home - The Grange and by the Granville Cinema

As you walk from the East Cliff to the West Cliff along the harbour, you can sample the cosmopolitan vibe at the array of places offering stunning views across the harbour and marina. The harbour was where Pugin moored and sailed from in his lugger ‘Caroline’.

Pugin moved to Ramsgate with his family in 1843 and having acquired land in the town, designed and built The Grange. This his family home, is visible on the West Cliff. In his library, he produced much of his finest work. The Grange, now owned by The Landmark Trust, has been carefully restored. Guided tours are available by appointment by contacting 01628 825925

Every Wednesday 2-4pm The Cartoon Room is open with information on the building, its history and the Pugin family. Guided tours of the ground floor rooms every Wednesday £4 (must be booked). Open weekends in May and September during Heritage Open Days offer you a unique chance to step into the colourful and idiosyncratic world he created for himself and to stay here is both a privilege and an unforgettable experience.

As a Catholic convert, Pugin wanted to design and build a church with his own funds and in 1845 began St Augustine’s Church. Not only did he design the church, but nearly all the fittings. It is here in the Pugin family vault, beneath the Pugin Chantry, that he, his wife Jane and other close members of the family were laid to rest. The church is open daily 10am-4pm

The ‘Pugin and St Augustine Visitor Centre’, an education, research, and visitor centre, aims to increase knowledge and accessibility around two themes: the Victorian architect Augustus Pugin, and St Augustine of England, who brought Christianity to southern English for the first time.

Across the road from the Church,  is St Augustine’s Abbey (The Monastery), Grade I listed, designed by Edward Pugin for the Benedictine Order. It was the first Benedictine monastery to be built in England since the Reformation, and a monastery until 2010. It is now owned by the Vincentian Congregation from Kerala, India.

New in 2020, Kent Steps connecting Harbour Parade (seafront) with Madeira Walk became embellished with colourful tiles, inspired by the tile design of Augustus Pugin. They were designed by local school children as part of a Ramsgate Town Team initiative funded by Historic England.

If you want to find out more about Pugin and his family visit The Pugin Society website www.thepuginsociety.co.uk 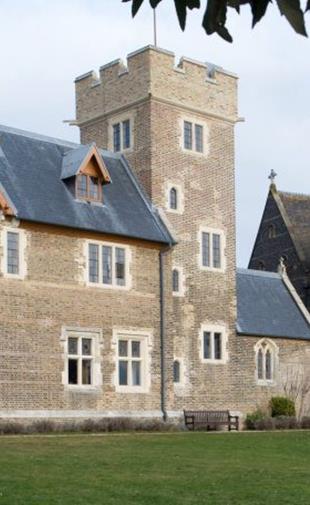 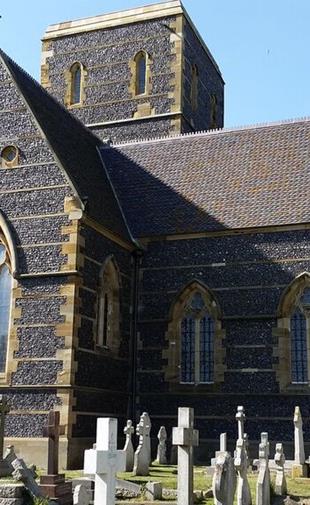