It was whilst sat here, during the winter of 1921, that Thomas Stearns Eliot wrote Part III of ‘The Waste Land.’ The poem is said to be about the failure of society after the First World War.

The critically acclaimed poem is also notable for its seemingly disjointed structure. TS Eliot jumps from one voice or image to another. Nothing like this had ever really been written in English before. Part III is subtitled The Fire Sermon: On Margate Sands. Six lines read:

On Margate Sands.
I can connect
Nothing with nothing.
The broken fingernails of dirty hands.
My people humble people who expect
Nothing.

Listen to Eliot read The Fire Sermon at poetryarchive.org and then watch this fascinating 3 minute overview of The Waste Land by Loughborough University.

TS Eliot wrote a book of comic poems called ‘Old Possum’s Book of Practical Cats’. In what format is it more widely known? (Scroll down to reveal answer)

The poem was composed during a period of difficulty for Eliot. He was granted 3 months sick leave from his employer Lloyds Bank to recover from a nervous breakdown. His doctor recommended Margate and told him not to write during this period of convalescence. On completion of his manuscript he wrote:

“I have done a rough draft of part III, but do not know whether it will do - I have done this while sitting in a shelter on the front - as I am out all day except whilst taking rest…I sketch the people, after a fashion, and practice scales on the mandolin.”

Below are letters from T S Eliot and Vivienne Eliot relating to The Waste Land - www.bl.uk/collection-items/letters-from-t-s-eliot-and-vivienne-eliot-relating-to-the-waste-land 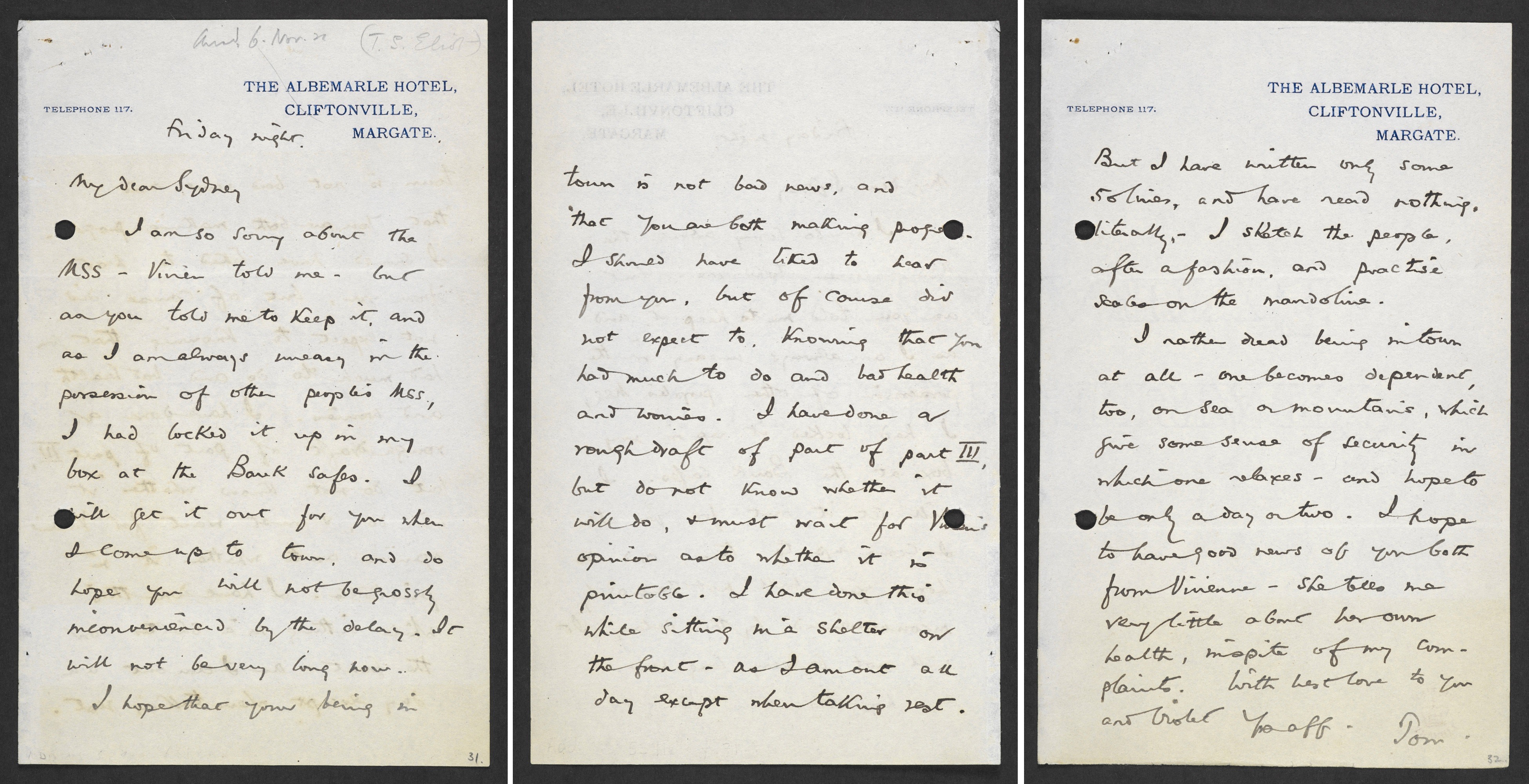 The sea would have appeared grey and empty during Eliot’s stay in Kent, but the sands in front of you are a major roosting site for wintering birds such as Turnstones.

You may find prawns and fast rockpool fish in this area, and beachcombing finds could reveal hidden history.

The poems were turned into ‘Cats’, the hugely successful West End musical by Andrew Lloyd-Webber.